The Farm Caciorgna Pietro, is located in the town of Casole d 'Elsa, in the province of Siena; an enchanting territory located in the heart of Tuscany, full of wonderful villages, of which Casole is the most important. It is about 30 km from Siena and San Gimignano, 12 km from Colle val d 'Elsa, 50 km from Florence.

In 1953 Giovanni and Fulvia Caciorgna fell in love with this area, where they decided to move with their seven children, selling their small "Podere" located near the Tower of Pitino, a beautiful place near San Severino Marche, to buy a small strip of land, piece of a large estate, which belonged to the Bargagli family first, then Visconti, now "Castello di Casole", where they continued the profession of farmers, a profession passed on from generation to generation.

Today the Caciorgna family has a total area of 20 hectares, where they grow cereals, corn, sunflower, fodder for a small breeding of Chianina cattle, and obviously the produces of wine, which started only for family use and some sold to other families. Currently, the vineyard is located on a hill called "Osteria delle Macchie", planted in 2001 about 2.3 hectares with Sangiovese grapes.

Since 2007, DOC has been recognized in Casole d'Elsa territory, from this the name Macchie wine, and denominated "Terre di Casole Sangiovese".

Leading the Company is Pietro Caciorgna with his wife Elda, who mainly take care of the farm, the breeding of farmyard animals, and the vegetable garden for the production of fresh vegetables for the family . The philosophy of the Caciorgna family is to produce quality while respecting the environment and health of the consumer, so no chemical fertilizers are used, and to prevent vine diseases, only traditional products such as copper and sulfur are used.

As well as all the farm animals, feed the produced directly from the farm. It is a choice of life that puts first the values of "peasant culture", which combines the love for rural life, for simple things, the constant search for the best cultivation techniques, with the awareness that the times of the "earth" are made of long waits, often accompanied by unexpected risks. The first production was the harvest of 2004.

Between 2009 and 2011 they built a cellar to control every step of the production and increase quality, making every possible improvement in the different stages, starting from the harvest to the bottling. 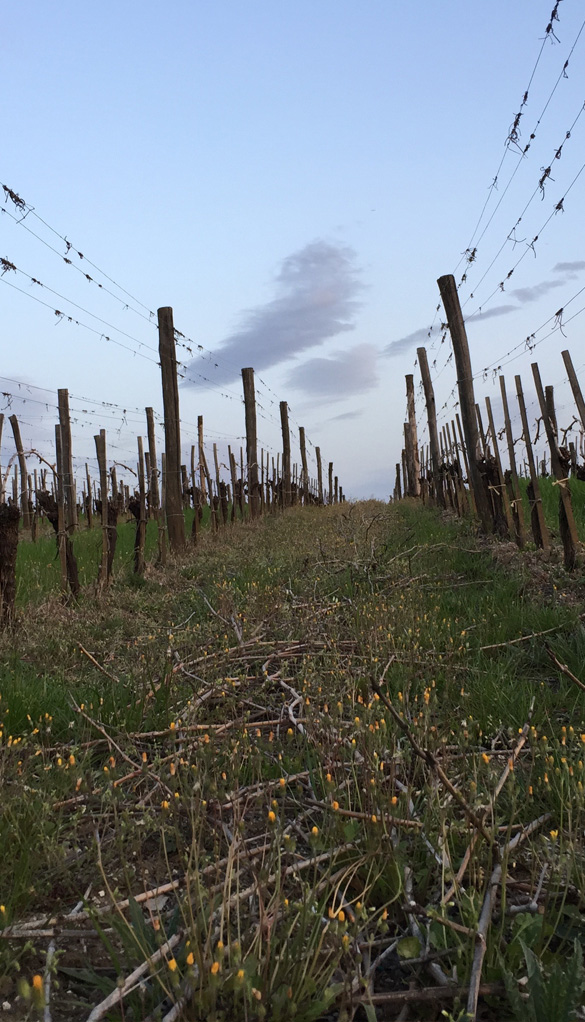 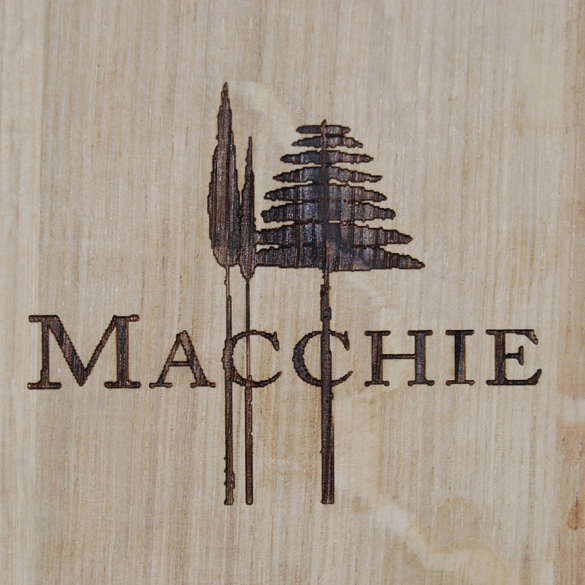 When you are born and grow up in such an extraordinarily land like Tuscany, you would like to go deeper, you would like to be part it. That hill facing south-east, from the soil of volcanic and slightly sandy origin,you would like that so many plants of that vine that better than all the others can express the sound, the reflections, the scent , the taste of Sangiovese, the Prince of Tuscany. You would also like the land that fed your plants to welcome the wine in its depth, first in small barrels, then in the bottles, until it was ready to leave the its cradle.You would like the grapes of those four clones of Sangiovese, selected in the best terroirs of Tuscany, and cultivated in this small "Cru "called Osteria delle "Macchie", give life to a wine with intense and refined aromas, aristocratic, elegantly thin, silky touch. And finally you would like this wine to carry the name of the place where it was born and where you were born, MACCHIE, Terre di Casole Sangiovese.

Ambassador of the Renaissance!

Attachment to your own land, also means love for the "culture and art" of the territory a feeling that the company has strongly wanted to manifest through the choice of the label "Macchie", made by the friend Dante Albieri. The logo of the label, the three stylized trees with refined and elegant features could seem modern, but have been cleverly extrapolated from the fresco by Benozzo Gozzoli, located in the Cappella dei Magi of Palazzo Medici Riccardi in Via Cavour in Florence. This image strongly represents the synthesis of Tuscany, emphasizing the elegance and harmony of its landscape as well as the extraordinary abilities of the artists, authors of the pre-renaissance and renaissance that, with their masterpieces, have made the history and the Tuscan landscape of the time, contributing to the diffusion, all over the world, of the culture of "beauty", of "harmony". Thus, even the "Macchie" wine, in its own small way, wants to be ambassador of Tuscany and "Toscanità" both through the image that synthesizes the art and the landscape, and through the interpretation and the taste of its vine " Principe ", the Sangiovese.

Year 2006 : "N * anticchia" the nerello mascalese on the slopes of the volcano Etna

I speak of this story in first person as it involved me from the beginning, even if the project is part of the development of the Azienda Caciorgna Pietro. In 2006, a dear friend of mine, Marco de Grazia invited me to his farm on Mount Etna, Tenuta delle Terre Nere, where he already produces an excellent wine from Nerello grapes, on the north side of the volcano. I visited his beautiful vineyards, located in various places between Passopisciaro and Randazzo.

It does not take long to fall in love with the wines and the land. With Marco we visit many vineyards for sale, he encourages me to buy one, until we find a small jewel, half a hectare of Nerello, raised in alberello at the threshold of one hundred years. Prefillossera. It is located in the Contrada Marchesa, in Passo Cannone, near Passopisciaro (Castiglione di Sicilia). I managed to buy it and shortly after, I purchase another vineyard located in the Contrada called "Bocca d'Orzo or Piano d'Aria" (Randazzo), where recently a jewel of a vineyard has been added, more than one hectare, in the Contrada of Santo Spirito (Castiglione di Sicilia).

In addition I rent a small vineyard and buy the grapes from the neighbors, which have characteristics similar to my land. The vinification today is done in the small cellar that I have equipped in Rovittello, on the Via Nazionale, still in Castiglione di Sicilia. The first wine produced was N * Anticchia, which in Sicilian means "a little". A word that intrigued me, for the sound and the habit of using in common speaking, the first time I visited Sicily, with friends, in 1986. The cultivation of the vineyards, which are between 700 and 800 meters is followed by experts in the area. The land in this area is magical! Rich in sand and many mineral salts, it gives the grapes an aromatic finesse, silky and velvety tannins. The result is a wine that, aged in small oak barrels, is expressed with great aromatic finesse, good body, complexity and drinkability.

The label was created by Dante Albieri, with the collaboration of Beatrice and Giorgio Mencattini. In 2009 at the N * anticchia was added a second wine that today is called "Ciaurìa", and then a third born in 2013, the "Guardoilvento". 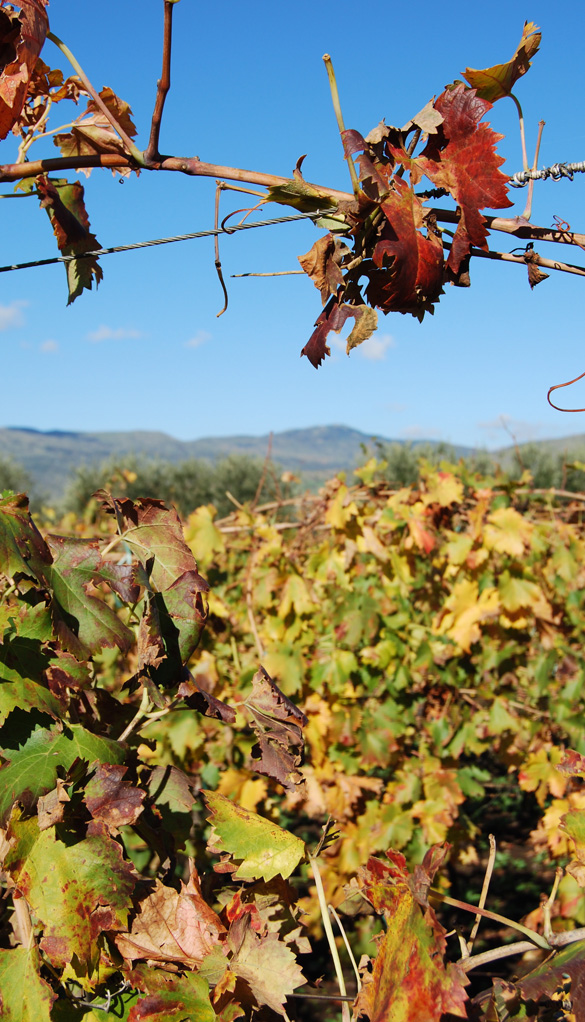